Personalities from around the world have shown their talent in the majestic neo-baroque building since it first opened its doors.

The mythical Russian dancer Anna Pavlova captivated Havana residents at the beginning of the 20th century, when the then Teatro Tacón (Tacon Theater) was renamed Teatro Nacional (National Theater). The new name was adopted after the establishment of the Republic of Cuba on May 20, 1902 and after the building was fully refurbished and became part of Havana’s Galician Center, to which it largely owes its current appearance.

It was there precisely where Alicia Alonso would dance Carmen for the first time. In 1985 she baptized the institution as Gran Teatro de La Habana (Grand Theater of Havana), but in 2016 the name of the legendary dancer was added to the official designation.

Since the 1960s the theater has been the headquarters of Cuba’s National Ballet Company and the main venue for Havana’s International Ballet Festivals, an event that brings the greatest stars of world dance together on the stage of the historic building.

The University of Artemisa is making history

The Exciting World of Perfume 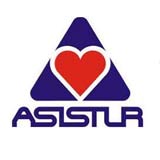