Key Guillermo, a true Eden for lovers of the sea

A paradise for ecotourism lovers

A Cuban at the North Pole, a dream achieved

Ten years seems simple to say, but when we’re talking about a publication like CubaPlus, which has the mission of promoting Cuba as a destination from various angles, one must appreciate that each edition requires hard work from a group of profesionnals who devote hours, days and nights to create each edition.

Dominic Soave, Canadian lover of Cuba, and executives of the Prensa Latina News Agency came up with the idea in 2006. Shortly thereafter, the first edition came to light, with Dominic as General Manager and with the essential and valuable contribution of PL as co-editor.

During these ten years, CubaPlus, in the opinion of its faithful readers, has brought the image of the real Cuba to the Canadian market, the main emitter of tourists to the Island. It then expanded to Dominican Republic, Jamaica and Panama, where it now has representation.

Photographers such as Korda, Raúl Corrales, both deceased, Camejo, Camilo Guevara, Laura Portilla, Liudmila López and Luis Mario Gel, among others, have been published in CubaPlus, as well as prominent designers such as Jacqueline Fumero, Carmen Fiol And Manolo González.

To all those people who in one way or another have contributed, in Cuba, Canada and other countries, in support of CubaPlus becoming a better publication every day and to our faithful readers, who are numbered at around eight million this past decade, we express our deepest gratitude for your
contribution and loyalty.

Articles in this edition: 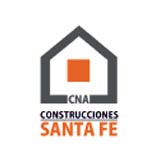 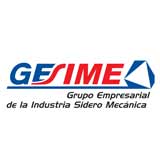