The fifty dancers of Yolena Alonso's Cuban Yoldance Company not only have youthful charm and Caribbean sensuality; they also have what Yolena's father, Pachito Alonso, calls her kini kini: charisma, swing and that ineffable Cuban spirit. Celebrating its 10th anniversary this year, the group has been touring world stages since 2005 with the rhythmic, Creole, versatile and glamorous ¡Viva Cuba!, the Yoldance show so much in demand within and outside of Cuba.

Backed by one of Cuba's most popular bands - Pachito Alonso y sus Kini Kini - some of the pieces from ¡Viva Cuba! recently captivated a demanding audience that filled Havana's Mella Theater for three consecutive days. According to the artist, this is an open aesthetic work "without identification with any one style". With its roots in Cuban national folklore, the stories of music and dance are the stars that they reach.

Apart from performing contemporary dance in its most modern forms, Yoldance also ventures successfully into shows, courses and workshop productions.

Dancer and choreographer Yolena Alonso is a member of a family with a grand artistic history. She is the granddaughter of the late Pacho Alonso (1928-1982), Cuban singer and bandleader from Santiago de Cuba who is attributed with creating the musical form pilón. Alonso's family saga relies on the son style as the seed for new rhythms and sounds; then adds authenticity, charisma and constant versatility.

Kini kini also identifies the Cuban feel of Yoldance´s creations that have been performed at such exclusive venues as Berlin's Deutsches and Schiller Theatres. It has also visited places like the Seventh International Chinese Folkloric Art Fair and the Water World Expo in Zaragoza, Spain.

While celebration of Yoldance's 10th anniversary will continue at schools, communities, and areas in Cuba hit by the devastating 2008 hurricanes, Yoldance is charting a new course. The Pacho Alonso Cultural Centre will open in Havana by the end of 2009. Apart from becoming Yoldance's nerve centre, it will have a recording studio, a school for autistic children and a space for the training of children with vocation for dance.

Pacho Alonso in memoriam The future Pacho Alonso Cultural Centre will honour the memory of the King of Pilón, a rhythm he created with fellow Cuban Enrique Bonne, and which became a sort of personal byword. In his band, Pacho Alonso y sus Bocucos, later renamed Pacho Alonso y sus Pachucos, he is also credited with the creation of such other popular rhythms as the sinalé and upa upa.

Pacho Alonso worked closely with Faustino Oramas (aka El Guayabero) and Ibrahim Ferrer, member of the Buena Vista Social Club. According to music specialist Helio Orovio, author of Dictionary of Cuban Music, Alonso's main contributions to the island's sound universe were his performances of bolero and son. He was also favored by his superb Creole mulatto appearance, unmatched grace and stage presence.

Fernando Alonso What I enjoy

Dancing in Cuba: A Week of Salsa

Higher Institute of Art, The School of Dreams 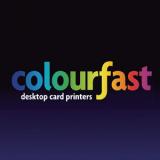