Guyana and Cuba approaching half a century of solid relations

Guyana and Cuba celebrate forty-five years of bilateral relations this December. A relationship distinguished by broad and profound cooperation across economy, education, culture, sport and politics, it has always been grounded in mutual respect, friendship and understanding.

Throughout these years Cuba has trained thousands of Guyanese medics as well as numerous specialists in other fields such as technology and engineering, all of which demonstrate the solidity of cooperative relations between their countries were signed.

In an exclusive interview with Cubaplus magazine to mark this anniversary, Guyana’s Ambassador to Cuba, His Excellency Mr. Halim Majeed, spoke extensively about the strong ties of friendship and cooperation that link the two Caribbean nations. He announced plans for a big celebration in the Cuban capital this December to honour these forty-five years of relations.

He confirmed that both Sir Shridath Ramphal, former Foreign Affairs Minister of Guyana and Dr. Ricardo Alarcón, former Cuban Deputy Minister of Foreign Affairs and Permanent Representative to the United Nations, are expected at the celebrations in Havana.

The two were high ranking Government officials in December 1972 when the formal convention establishing diplomatic relations between their countries were signed.

Mr. Majeed went on to say that to this day Guyana and Cuba maintain dynamic relations in the economic sector and that over the past year representatives of many Guyanese private sector companies have visited Cuba to explore commercial opportunities.

Among other businesses interested in the Cuban market, the Ambassador mentioned that Nand Persaud & Company is exploring the possibility of setting up rice and fertilizer processing plants in Mariel, and that Bulkan Timber Works (BTW) is looking at exporting timber to Cuba. He also spoke of Distribution Services Limited (DSL), which is interested in acquiring pharmaceuticals, vaccines, and other general medications from BioCubaFarma and FarmaCuba, and marketing SUCHEL products – fragrances, lotions, and other men’s and women’s beauty products.

Mr. Majeed added that other Guyanese businesses are interested in investing in Joint Venture production enterprises, specifically in furniture production and IT hardware and software manufacture.

In his opinion the Mariel Special Development Zone plays a very important role in Cuba’s economic development and his view is that once interested businesses have established themselves there, many more will want to join them. It will also have far-reaching significance for Guyanese enterprises, for example, Nand Persaud & Company which is planning to establish a rice milling plant, a fertilizer blending plant and a warehousing facility, as it will provide them with an opportunity to export to Central America, in particular.

Expanding on cooperation in other sectors, Mr. Majeed highlighted education, particularly Cuba’s fundamental role in training Guyanese medics. He added that, apart from the hundreds of Guyanese students who have been trained in medicine, engineering and information technology, by the end of this August sixty-one more students from his country would be in universities across Cuba, some in medicine and others on postgraduate courses in various other fields. The importance Guyana places on cultural cooperation was another theme. The Ambassador mentioned the Guyanese Embassy’s support for a Cuban steel band and a Cuban television dance company, both of which the Embassy sponsors and supports with musical instruments, costumes and professional training. He added that the Embassy is also looking at the establishment of a Guyana House of Culture in Havana.

Responding to a question on his country’s participation in the upcoming 35th Havana International Fair (FIHAV), Mr. Majeed stressed the relevance of the event in terms of facilitating the diversification of commerce with Cuba. He expects more Guyanese businesses to be represented this year than last year, when thirteen Companies attended the event.

Last year also, the Guyana Delegation to FIHAV was headed by the Honorable Hans Dominic Gaskin, Minister of Business and Tourism.

Speaking on CARICOM (the Caribbean Community) the Guyanese Ambassador emphasized the organization’s importance for the Caribbean Region, enabling Caribbean countries to negotiate as a unit and act out of mutual agreement in their dealings with other economic blocks and organizations.

He said that Guyana and Cuba have both always greatly supported CARICOM’s work, which is in evidence at all of the organization’s meetings, as well as, in the work both countries have always undertaken on behalf of CARICOM Member States.

Finally, looking towards the future for relations between Cuba and his country, Mr. Majeed said that his mission as Guyanese Ambassador to Havana is precisely to work towards broadening and deepening the links between the two countries in all possible sectors.

These Agreements will form an important and a solid base for bilateral relations and will help to further strengthen ties between the two countries.

Ambassador Majeed concluded that “where some countries look at Cuba and see an island of problems, Guyana looks at Cuba and sees an ocean of opportunities.” 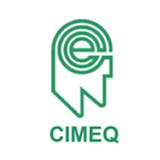 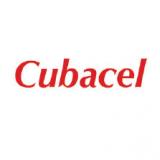