A bust of the Cuban pilot Domingo Rosillo del Toro, who piloted the first successful flight between Key West, Florida and Havana, Cuba, was unveiled at the Key West international airport to mark the 100th anniversary of that feat of aviation. 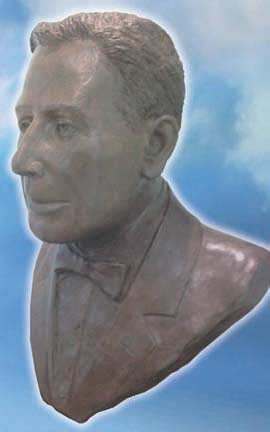 In his one-seat Morane-Saulnier, Rosillo made the 145 km (90 mile) trip across the Florida Strait in two hours and eight minutes on May 17, 1913, setting a world record both for distance flown over water and for altitude attained. His son, Alberto Rosillo, unveiled the bust in bronze, a well deserved tribute to his father.

“I'm very happy to see that my father's achievement has finally been recognized,” he said.

The historic feat by Domingo Rosillo (1878-1957) was also honoured at the Miami International Airport, where a plaque with his name was hung on a wall in Concourse E, where other outstanding aviators are commemorated, including Charles Lindbergh and Amelia Earhart.

Also in Key West, the museum of the San Carlos Institute honoured the date of Rosillo's flight with a stamp exhibition. That first flight between Key West and Havana took place just 10 years after the Wright brothers made the first flight in history, in 1903, and just five years after Louis Blériot was the first person to cross the English Channel, in 1908, also in a one-seater.

For his flight across the Strait, Rosillo's plane had an open cockpit, weighed less than 500 kg, and had a navigation system that consisted of a compass. He had nothing to protect him if his plane had to go down in the Strait's waters.

About 50,000 people assembled in Havana to receive Rosillo when he flew in, and he was celebrated as a hero by the people and national authorities.

Two days later, on May 19, 1913, another Cuban pilot, Agustín Parlá Orduña, followed Rosillo's footsteps and repeated the feat. He was blown off course by heavy winds, but he managed to splash down in Havana's Bay of Mariel.

Both Rosillo and Parlá Orduña are considered Cuban aviation pioneers. In Cuba, the centennial was celebrated with a ceremony and the unveiling of a plaque at the El Morro fortress on Havana Bay. The fortress's lighthouse guided Rosillo during his flight, and two cannon shots were fired there to announce the beginning of his flight in Key West. 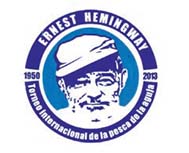 Good fishing and a good time in Cuba 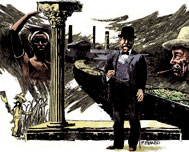 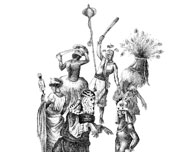 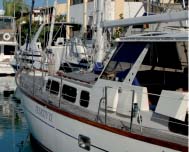 Marina Hemingway, the safest in the Caribbean
Advertisement