Time on the rails

Both history a nd curiosities related to the emergence and development of railways in Cuba are now displayed at the well known and popular Cristina Railroad Station, the oldest in Havana that, for almost a decade, has housed the island's Railroad Museum. 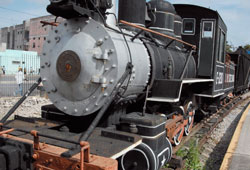 A valuable collection of the heritage of the Cuban railroad, the first in IberoAmerica and the seventh to be created in the world, can be seen in the old facility, declared a National Monument in 2002; one that has become a favourite for local and visiting fans of this type of transportation.

The early days of trains in Cuba go back to 1837 with the inauguration of the first line from Havana to Bejucal Municipality (15 kilometres) and trains played a paramount role in the sugar industry. Today, railway services are undergoing a revitalization process.

The famous La Junta locomotive, the insignia engine of the Matanzas Railways, dating from 1843 and one of the oldest engines manufactured in the United States, is considered by experts the most original and best-preserved in the Americas and it rests proudly in the main room of this singular museum. 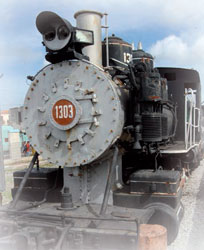 A tour of the museum is an invitation to travel in time to appreciate development from the steam powered locomotives to those powered by diesel or electricity. Passenger and freight cars as well as a steam crane are also among the larger exhibits.

The museum also features a copy of an early twentieth century railroad station operating room displaying a collection of communication, signalling and track equipment, as well as tools and other items related to railroads.

There is the a model railroad room, with several types of locomotives donated by Mr. Peter Smith, a British model maker and friend of Cuba. The setup represents different sites along the Cuban railway system, such as terminals, sugar mills and workshops, as well as pieces created from the imagination of Luis Vladimir Torres, in charge of handling and maintaining the large model railway. 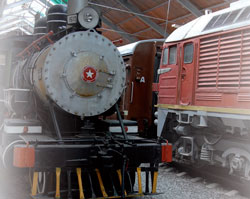 The Cristina Station Archives treasures extensive railway documents and there is an original art exhibit located inside a railway carriage.

The terminal, which constituted the main station of the Western-Railway Company, was founded in 1859 by the Pedroso family, a powerful colonial era family who possessed large tracts of land, in order to link Havana the westernmost province of Pinar del Rio to transport tobacco between the two cities.

Cuba's railroad network covers virtually the entire national territory, and if one wants to learn more of its history, a good beginning would be the immense possibilities offered by Cristina Station. 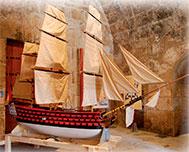 The Santisima Trinidad Returns to Havana 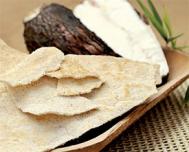 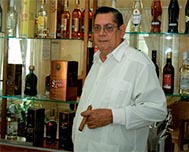 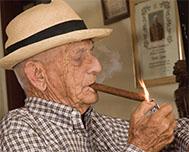