The spirit of everyday Cuban life is at the centre of up and coming Cuban hairstylist Dorian Carbonell’s new collection, part of the salon project Donde Dorian (Dorian’s Place), that seeks to continue making sense of the complexity of human beings. 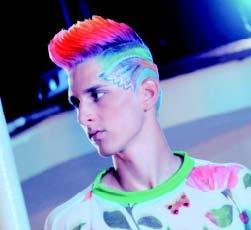 Peleador (“Fighter”) is a collection that recreates the image of humans in their own reality, in their essence. It shows viewers how humans interact with nature focusing on their capacity to be extraordinarily competitive, capable of asserting themselves among equals in order to achieve their desires, whatever they may be.

Some fight to achieve social status, others to compensate for their shortcomings. There are those who do it to feed their souls and those whose aim is to win the affections of their ideal partner. And of course there are those who prefer to keep their distance or avoid conflicts to accomplish their goals. Others are simply competitive because it’s a way of life. 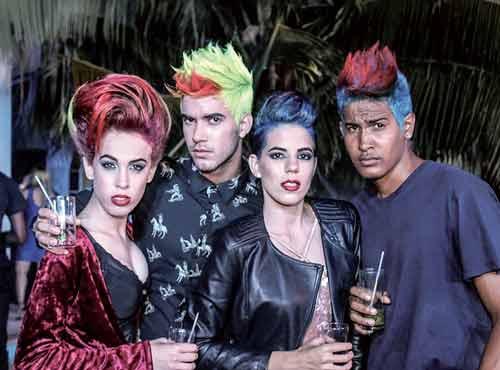 This dynamic takes the stylist back to the warm tropical waters that have been part of his reality since he was a child. Tropical waters are also the habitat of a fish known as el pez peleador – the fighter fish – a beautiful and distinctive fish that reflects the convulsive dynamic of the waters it inhabits, in the same way people reflect the dynamic of the society they coexist in.

The fighter fish always shows its spectacular colours, even when it is up against the cruelest of adversities, fighting for its life, in its struggle to eat, mate and survive among other species.

Dorian sees the bright, colourful and energetic spirit of this fish in every Cuban. Colour takes on this meaning in his creations, representing beauty, elegance and good taste in the face of adversity.