In 1959 a group of talented photographers emerged documenting and recreating the birth and early years of the Cuban Revolution.

Osvaldo Salas and Raúl Corrales were two artists who led what subsequently became referred to as “the epic”’ in Cuban photography. The latter achieved such prominence that other group members recognized him as the Master. And so it was that Corrales as he was known stood out among the most important artists of the lens of the second half of the twentieth century and the history of Cuban photography, creating work of high aesthetic value.

Corrales settled in the coastal village of Cojímar just outside Havana when he moved from his native Ciego de Ávila. Images of the town and its people, including Ernest Hemingway, stand out among the aforementioned photos of the early years of the revolution, the single-themed trials of different aspects of Cuban society and other topics recorded with his camera. The visual work created by Corrales has a style and depth that earned him a place among the most successful Cuban photographers.

The training he got working at the Revolución newspaper in the early sixties, alongside Osvaldo Salas, Alberto Díaz (Korda), Liborio Noval, Ernesto Fernández and Roberto Salas, contributed significantly to Corrales’ photographic eye. The group discussed ideas and images, and it was a time when this publication made a significant advance in the development of visuality. It could be said that it was a real cut, a jump from the previous stage.

The most prominent revolutionary and cultural leaders, writers, photographers and designers debated and brianstormed on images to publish, thus resulting in a sort of sociological aesthetic that documented the political process the country was undergoing. Corrales’ photographs possess a sense of framing, composition, perspective and play of light and shadows that make his work very well-structured and thought out. He himself said he walked the streets framing and composing what caught his attention. It was a thinking eye, a full time image manager.

Many of his photographs have become cult images, paradigms of the best of our photography in a period when history and society were in radical transformation... a real demonstration of visuality in the twentieth century.n 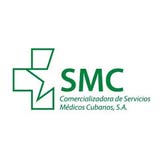 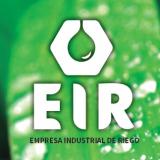