In charge of this section : José Ernesto González Mosquera

The International Jazz Plaza Festival was back. For the first time it was also held in the city of Santiago de Cuba, parallel to the main events in Havana. The greatest attraction this time was the return of Chucho Valdés with his Afrocuban Messengers for the opening, this time accompanied by Americans Terence Blanchard (trumpet) and Christian McBride (bass). Other special participants were Miguel Núñez, Pablo Milanés, Ruy López-Nusa, Harold López-Nusa, Arturo O’Farril, the popular American group Snarky Puppy, Roberto Fonseca and African singer Fatoumata Diawara.

As every December, cinema once again arrived in Havana for the International New Latin American Film Festival with the best of the seventh art produced in Cuba and the continent. As always, the event included contests for fiction films, prime opera, documentaries, and animation, in addition to the usual official categories of World Panorama, Perspectives on Latin America and samples of cinematography from different latitudes. The Coral Award for Best Film went to the Mexican film Desierto, while Best Male and Female Performance awards went to Cuban Luis Alberto García and Brazilian Sonia Braga respectively.

The 26th edition of the Havana International Book Fair will be the main cultural event in the first quarter of 2017, held at its usual venue (the San Carlos de la Cabaña Fortess) then moving on to other main Cuban cities. With about 700 editorial novelties and four million copies in circulation, this literary event will open its doors again, this time dedicated to Cuban intellectual Armando Hart Dávalos and Canada as guest country of honor. The fair will be the first major international event that integrates the festivities for the 150th anniversary of the Canadian confederation. About thirty authors from this North American country will come to Havana and 15 Canadian publishers will join national writers and more than 58 Cuban publishers. 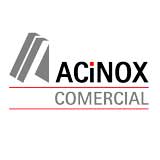