The Chinese into the Cuban tourism: The Dog Year

For a city like Havana, where the constant stream of foreign visitors throughout the year is so high, the beginning of the New Chinese Lunar Year’s celebration, draws the crowd who visit Havana these days.

For this occasion it is about the Dog Year, an event that Chinatown celebrated this Thursday’s evening fullness of lights in El Curita park (old Plaza del Vapor), an area right in the center of the city.

Until this place, hundreds of people arrived, including a lot of tourists and, of course, the overseas Chinese who for one or another reason are in the island this month.

All the associations which have to do with the Chinese ancestry in one or another way to do theirs’s bit to give colorful to a meeting previous to the beginning of the Lunar Year, although it is necessary to consider the time difference between Cuba and the Asian giant.

The yang land’s Dog Year arrives to rule up to February 5, 2019, according to the ancient cultural tradition of that country; apparently the vitality, communication force, friendship, diligence and friendship that entail itself can be sign of prosperity, experts remember.

Recently, during Havana Book Fair, the guess country of honor was in fact China and for the occasion coming from this country the Shandong Song and Theatre Dances group, which performed also in February.

Havana’s Chinatown, located around Zanja street attracts many travelers from any part of the world, interested to know how the residents maintain this kind of traditions in the island, particularly in the capital.

In this picturesque place there are still a Chinese movie theater, casinos and the Pacific building, completely renovated, where actually resides the Instituto Confucio in whose classrooms more than four thousand Cuban people have learned Mandarin language.

The first Chinese people arrived to this archipelago in 1847 and they influenced all the activities in the country, included the libertarian wars against the Spanish colonialism.

The Havana’s Chinatown, was founded at the beginning by small businessman, and after for Chinese managers coming from California, the United States, until become in a booming which today tries to recover.

The Chinatown of its beginning had 25 inhabitants, although in the whole island about 150 thousand to 250 thousand Chinese people were located, that’s why this origin be part of the Cuban nationality’s formation together with Spaniards, Africans, Hebrews, Arabs, and many others.

According to the Chinese horoscope, the dog is sign of freedom, sameness and fraternity, and it appears to remind us that not everything is rose-tinted spectacles. It is an animal with a profound loyalty and represents the defense of the needy persons’ rights.

As a curiosity, in the public festivities for the beginning of the Lunar Year appeared Chinese descendants of different skin colors, to stress that delicious mixture that currently characterizes most of the cultural and social aspects of the Cuban society.

Therefore, it is impossible that a foreign tourist who during these rest days is stroll down Havana, detach oneself from this celebration, and although it doesn't know anything about the Asian tradition, try to approach to the festivities, in the style of Cubans. 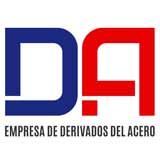