Campfires, torches, candles and large candles, lanterns ... there have been various means used by humanity in the past to be able to see in the dark, until electricity appeared, which, as a public lighting service, made its debut in Cuba in the city of Cardenas.

Since 1845, gas lighting predominated in the country, from the burning of some fuels, a system that replaced other more precarious ones that did not satisfy public or private needs.

Faced with the disagreement of residents and merchants of the aforementioned Cuban city for gas lighting, with negative effects even on health, the City Council authorized the establishment of a new public network and the constitution of the Cárdenas Electricity Company. The entity was established on March 14, 1889 and immediately began the installation work of a generating plant, of the American company Thomson and Houston.

On September 7, 1899, the electric lighting service was officially inaugurated, and the plant, historians note, was the first to start operating with this scope in Cuba and the second in the world, behind New York.

The new energy, received in the town with joy, began with 83 light bulbs of 1,200 lamps in public spaces and 318 incandescent of 16 bulbs, in houses and buildings.

One of the generators of the pioneer plant and some light bulbs are kept in the “Oscar María de Rojas” Municipal Museum, in Cárdenas.

Afterwards, the public service in the city of Havana was electrified, which had previously been involved in these purposes, with specific tests; that of Matanzas and Camagüey in 1890, that of Pinar del Río in 1893, that of Santiago de Cuba in 1905 ... until the then newest source of energy, based at that time on oil, spread to all the cities of the island. 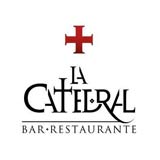