The36th edition of the Havana International Trade Fair 2018 closed successfully on November 2 after opening on October 29 in the fairgrounds of ExpoCuba in the Cuban capital, with the presence of over three thousand exhibitors of some 65 countries.

According to the Organizing Committee of the important trade event, the fair was an outstanding event, for which he thanked “all exhibitors and the personnel that made possible that FIHAV 2018 was a success. Since now we invite you all to the 37th FIHAV, occasion to commemorate the 500th anniversary of the foundation of this city”, they said.

During the closing gala, held in the Havana Convention Center, awards were given to exhibitors in different categories: prizes to high quality products or services, design and communication.

The most awarded country was Cuba, which received the prize to the best pavilion for the good design of the stands of all its enterprises and the support to the campaign for the 500th anniversary of the capital.

For the Gold Medal to High Quality competed 91 products of 22 countries and were awarded 19 products and equipment of Cuba (8), Germany, Canada, Chile, China, South Korea, Spain, Italy and Russia, for their design were awarded two prizes to Italy and Spain in the category of Machinery and Transport vehicles and four products of China, South Korea and the Netherlands in the category of Products and Equipment.

In Visual Communixcation eight products received the Prize of Design eight products and initiatives of Cuba, including the rums Pacto Navio and Tribute 2018 of Havana Club, the rum Santisima Trinidad and the Cubay white extra old rum, habanos Montecristo Línea 1935, the System of Communication Support of the Ministry of Tourism and two campaigns: the Graphic Campaign 30th anniversary of SEISA and the Campaign of Communication of new versions of the Brand Dunhill, presented by BRASCUBA.

The Great Prize of Comprehensive Communication was awarded to the Enterprise Telecommunications of Cuba S.A., ETECSA, “for the creativity and comprehensiveness of its communication plan at concept level and implementation in the 36th Havana International Trade Fair”.

The prizes for best stands were awarded to Havana Club International and Los Portales, while the enterprise Covencaucho, of Venezuela obtained a prize “for the environmental impact of the presented product” and JAC Motors of China, was awarded a mention “for its wide array of products”.

The closing ceremony was presided by Minister of Foreign Trade and Investment, Rodrigo Malmierca and had the presence of many officials of the sector, as well as guests and members of the diplomatic corps accredited in Cuba. 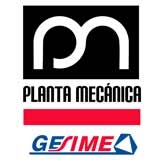