Turtles, an important species for the ecosystem

There is always talk of the importance of a certain species for the ecosystem but, it is true, all the species that exist on the planet, from human to perhaps the most insignificant insect, play a role in conserving the good health of nature.

Sea turtles, for example, help maintain the habitats they use, both terrestrial and marine, and the one known as hawksbill contributes to preserving coral reefs, limiting the growth of sponges. Its feeding system allows large amounts of carbon to be transferred to abyssal areas, through the consumption of abundant organisms in shallow or pelagic surface waters.

Their disappearance, in the opinion of specialists, would alter the functioning of ecosystems and the structure of biological communities throughout the world.

In the case of the sea turtle, if it ceased to exist, pests, overpopulation or even the extinction of other species that depend directly on it would begin. All this explains the need to conserve them, of which there are 258 species worldwide. Most of them live in the terrestrial environment, 37.9%, followed by those that live in fresh water, in a marine environment and those that live in marine systems; marine and freshwater; terrestrial and marine or all three at the same time.

The World Sustainability Organization, based in Italy, has numerous projects in favor of the conservation of ecosystems. One of them is Friend of the Earth, created in 2016, which is responsible for issuing certificates to products that meet strict criteria of environmental sustainability and social responsibility.

In the case of chelonians, the project developed is aimed at protecting these threatened species, by promoting certified products from sustainable fisheries and aquaculture. Fisheries certification requirements imply compliance with bycatch reduction measures, without bycatch of endangered species, implementation of TEDS (mechanism that prevents the capture of turtles in bottom trawling) and Fisheries Aggregation Devices (FAD) without entangling nets.

In Cuba, a small island in the Caribbean, there are four species of sea turtles: the leatherback, the loggerhead, the green and the hawksbill.

The latter is the most abundant in the archipelago and since 1996 it was included in the Red List of the International Union for Conservation of Nature of threatened species.

According to the Convention on International Trade in Endangered Species of Wild Fauna and Flora (Cites), the capture and trade of these species and their derived products are illegal in many nations, including the largest of the Antilles.

In order to protect them, on the island, since 2010 the Company for the Protection of Flora and Fauna, the Ministry of Science, Technology and the Environment, the Higher Institute of Applied Science and Technologies and the Corps of Forest Rangers in coordination with the National Sea Turtle Program, Protortuga, it was decided to launch an education and social communication campaign to prevent the capture of adult chelonians and the looting of their eggs.

In order to preserve sea turtles, one of the longest-living animals, which can live up to over 100 years, the most threatened on the planet, it was agreed to celebrate their World Day on June 16, in honor of the North American ecologist and conservationist. of sea turtles Dr. Archie Carr, who developed an arduous work in favor of the protection of this species.

However, it is of the utmost importance that all people become aware of the need to take care of them that and every day of the year, because the future of the planet depends on their conservation and that of all species that inhabit the globe. 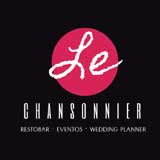