Viñales is a UNESCO designated World Cultural Heritage Site and may soon become Cuba’s first Global Geopark, a distinction that would make this area, famous for its picturesque limestone formations and Jurassic rocks, even more attractive. 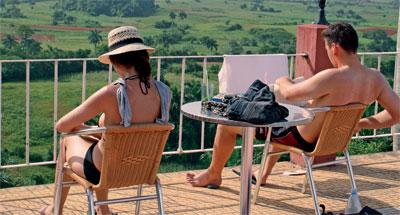 Alberto Sánchez, director of the Viñales National Park, told CubaPlus that “the distinction would highlight the area’s geomorphological diversity and unique mountainous formations, thought to be among Cuba’s oldest.”

He added that a group of specialists is currently compiling the requisite documentation in support of the proposal endorsed by institutions such as the Energy and Mines Ministry. The Global Geopark designation is also granted by UNESCO, the United Nations Educational, Scientific and Cultural Organization.

In addition to its famous elevated limestone rounded-top formations, Viñales also has numerous caves with traces of aboriginal communities including cave paintings, and valuable paleontological sites that in some cases are remarkably well preserved.

The most renowned caves include the Santo Tomás, a 46-km long seven-level cave visited by thousands of tourists annually.

Others include the Palmarito system whose extent rivals the first, specialists say. Sánchez explained that there is local evidence of the impact of the meteorite that some scientists claim caused the extinction of dinosaurs. Viñales is also known for its ammonite fossils, which locals call “cheese” for the resemblance between the two.

Fish and reptile remains dating back to the Jurassic period have also been found in the area.

In 1999, the Valley of Viñales and town of the same name were declared a Cultural Heritage Site because of the harmonious relationship between humanity and nature and the preservation of ancient agrarian and artistic traditions found there.

Founded in the 18th century, many of the town’s houses display vernacular architectural features typical to the region, such as partial gabble-fired clay tile roofs. The valley is dotted with traditional bohíos, wooden houses, palm-thatched buildings and other similar constructions, used by farmers to dry tobacco leaves that will later be used to make prestigious internationally renowned cigars.

The ancient limestone formations contrast with the ploughed lands from which farmers harvest traditional crops, such as cassava, corn and the malanga root vegetable. Sánchez said in conclusion that the granting of the Global Geopark distinction would not affect Vinales’ Cultural Heritage Site designation but would, on the contrary, enhance conservation and environmental education programs in place to preserve and protect its precious landscapes, loved and lauded by painters, poets and singers for many generations. 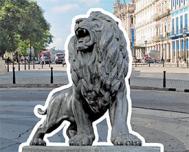 The Lions of Havana’s Prado 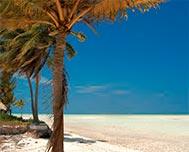 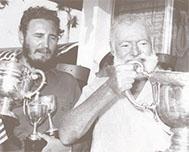 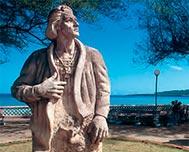 Baracoa, back to its roots
Advertisement