Isla de la Juventud (“Isle of Youth”) is the second-largest island after Cuba itself. It lies almost directly south of Havana and Pinar del Rio. The island was called the Isle of Pines (Isla de Pinos) until it was renamed in 1978. Its original name was attributed to the fact that much of the island is covered in pine forests. 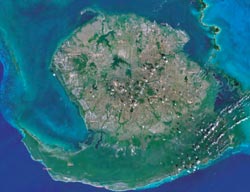 South of Isla de la Juventud is a remote and outlying community named Cocodrilo, with a population of 230 inhabitants and 80 houses. This community has had guaranteed 24-hour a day access to electricity for some years now, thanks to its renewable energy sources, particularly the gasification of biomass (forest residues).

Since 2010 a 50 kilowatt installation based on this new technology has been in operation in this town and, in addition to the houses it supplies a medical office, an elementary school, a bakery and electrically feeds the potable water supply system of the locality. This equipment saves approximately 18 tons of diesel fuel annually. It was implemented by the United Nations´ Organization for Industrial Development (UNIDO) by means of a development project for renewable energy sources. Ideally this would then be replicated in other Cuban cities as well as in other Latin American countries via the South-South trade agreement. The objective is the reduction of the emission of gas pollutants from the greenhouse effect. This represents UNIDO´s biggest project in Cuba in the last 10 years, which also took into consideration the use of wind and solar energy and included the training of personnel, the creation of entities to promote renewable energies, and the transference of technologies for the design, manufacturing and operation of gasifiers of forest biomass.

In addition, four wind turbine prototypes were manufactured, with the participation of researchers from the Faculty of Mechanics from Havana´s Top Polytechnical Institute José Antonio Echeverría. A wind park was erected, resistant to The Canarreos hurricanes, as well as a site for the production of solar energy, both constructed by UNIDO with the support of the United Nations´ Global Investment Fund for the Environment and the Cuban government. 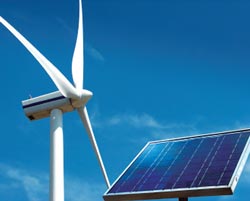 There is an initiative for the planting of energy forests, with the goal of guaranteeing the supply of biomass for future gasification facilities and hence electricity generation. Also in view is a 500 kilowatt power plant in an area called la Melvis north of the Island of Youth, which would work by means of the gasification of forest biomass using Indian technology, also via the South-South agreement.

A new steam-electric power station to improve the energy efficiency and competitiveness of the food industry by means of the use of the gasification of biomass will begin operations on the Island of Youth 2015, according to projections.

Advancement for Cuba in the Area of Renewable Energy Sources
The results of this project predict a new step for the South-South agreement in the area of renewable energy sources, including the exchange of information, training, technologies and other objectives between the countries, pointed out Diego Masera, Head of UNIDO´s Renewable and Rural Energy Unit during an international workshop on this topic that recently took place in Cuba. The meeting included a group of European and Latin American experts, who discussed the details of the process of gasification of forest biomass to generate electricity on Isla de la Juventud. The two-day meeting took place at Havana´s Convention Center and then moved to the above-mentioned island territory. Participants included, among others, speakers from Cuba, Mexico, Argentina, Dominican Republic, Holland, Austria, Brazil, the European Academy of Energy and UNIDO, and debates included the application of these technologies. It was recognized that the Isla de la Junentud is considered to be a very touristic place and has agricultural development potential, but to consider that its small size makes it vulnerable to the adverse effects of climatic changes.

Masera affirmed that Cuba has advanced politically in the area of renewable energies and has positioned itself as a reference for Latin America and the Caribbean in the use of biomass. The UNIDO expert, who led a powerful conference on the gasification of biomass for sustainable development, pointed out that Cuba favors the development of renewable energy sources and carries out strong technical training in this area. 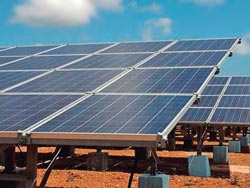 Masera highlighted the participation and commitment of the Cuban Government in the creation of an investment fund for renewable energies with an economic, social and environmental focus. According to him, these technologies have an enormous potential for the South- South agreement, since they adapt themselves to the conditions of the different countries and are based on the creation of sources of employment, the use of existing natural resources, replacement of imports of fuels and the reduction of harmful gas emissions caused by the greenshouse effect.

Cuban Experience will Contribute to the Use of Biomass
A series of presentations by local students on projects of gasification of biomass, assimilation of technologies and lessons learned in Cuba were included in the abovementioned international workshop. Bioenergy specialist Alfredo Curbelo pointed out that the national experience in the use of biomass to generate electricity will help to clarify many doubts about this field in Latin America.

Cubaenergía
Head of the Bioenergy Group of the Cubaenergía company (¨Cubaenergy¨) emphasized that the project realized on the Isla de la Juventud promotes the implementation of renewable energy sources in a remote area. According to Curbelo, the practical application of a new technology (such as the gasification of biomass linked to agroindustrial residues from sawmills and from the rice industry) is demonstrated in full commercial operation.

Curbelo also pointed out that the technologies of the gasification of biomass allow for the generation of electricity in quantities that fully supply the industry and on top of that feed the national electrical system. They also provide electricity to rural communities that are outside the network, where generally there is an available biomass to generate electricity, from 25 kilowatts up to three megawatts. The Cuban researcher explained that Latin American countries that have sufficient biomass such as Guatemala, Honduras, Bolivia and some rural zones of Venezuela, could use this valuable resource. 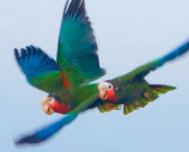 The Isle of Youth, An Island of a Thousand Treasures 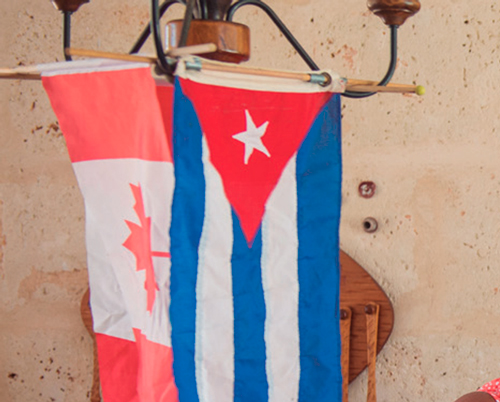 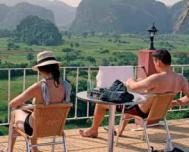 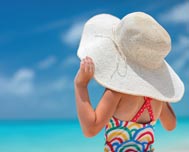